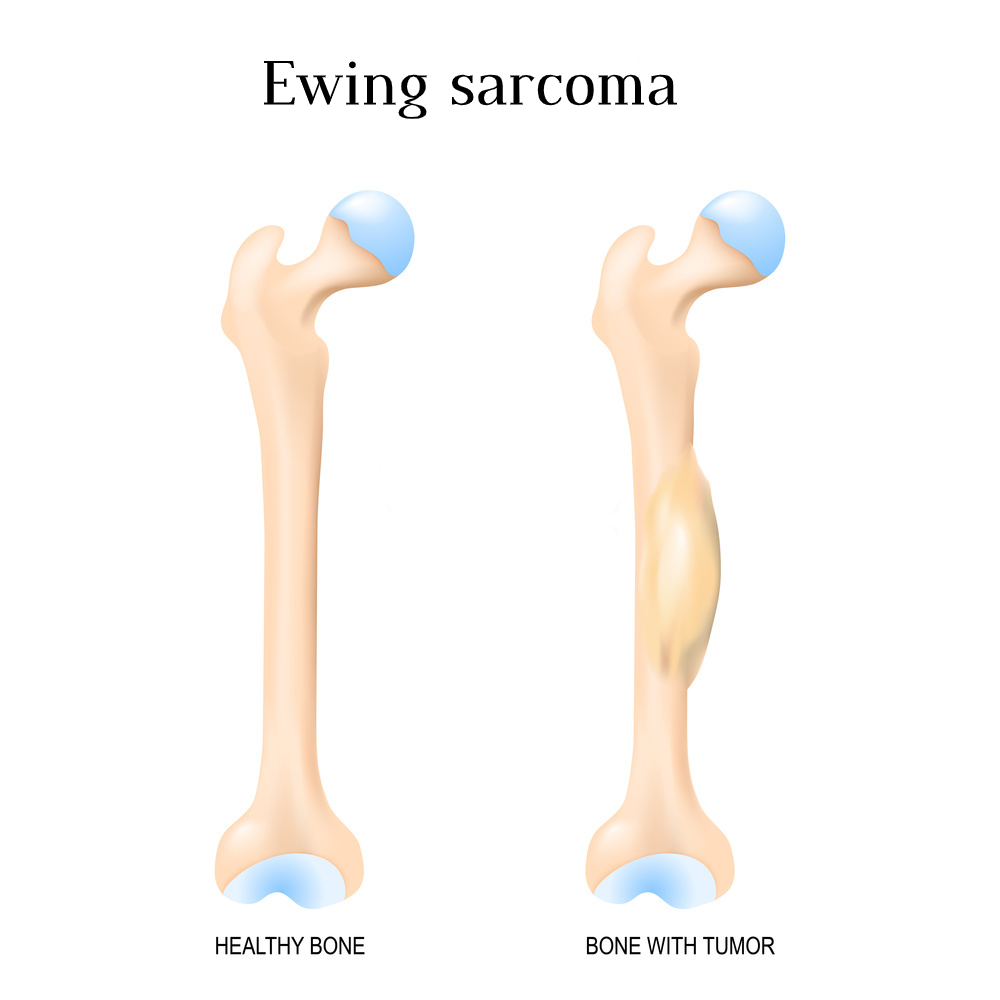 What is Sarcoma and what causes it?

Sarcoma is a rare cancer that affects connective tissues, which are cells that connect or support other kinds of tissue in your body. The tumours are most commonly found in parts of your body such as bones, muscles, tendons, cartilage, nerves, fat, blood vessels in your arms and legs, but can also be found in other areas of your body as well. This cancer is different to the more common Carcinomas because they affect different kinds of tissue. There are more than 50 types of Sarcomas, but they can group into two main types i.e, Soft Tissue Sarcoma and Bone Sarcoma.

Who may be most at risk getting Sarcoma?

Scientists do not know what exactly causes most Sarcomas as it tends to occur sporadically, with little or no link to family history. But they found some risk factors that can make a person more likely to develop this cancer. For example, patients who previously underwent radiation therapy to treat other types of cancer may be at risk of developing Sarcoma later on. Genetic factors can also contribute to the risk of getting Sarcoma. People with syndromes such as neurofibromatosis (disorder of the nerve system), Li-Fraumeni syndrome (a type of Hereditary cancer), familial retinoblastoma (cancer that begins in the retina) and tuberous sclerosis (multisystem disorder that leads to the formation of non-cancerous tumours) appear to be more prone to this cancer.

Exposire to chemical such as vinyl chloride, dioxins, and phenoxyacetic herbicides may also increase the risk of Sarcoma, but more research is needed to confirm this. Viruses such as Human Herpevirus 8 can cause Kaposi’s Sarcoma.

What are its symptoms?

About 50% of Soft Tissue Sarcomas start in the arm or leg of the patient, with most of them noticing a lump which grows over time, which may or may not hurt. Sarcomas can also grow in the back of the abdomen (known as the retroperitoneum), causing blockage or bleeding in the stomach or bowels. The growth in the abdomen can press on nerves, blood vessels or nearby organs which can cause some discomfort or pain. If the growth in the stomach grows large enough, it can be felt through the patient’s belly. In rare cases, Soft Tissue Sarcomas can start in a patient’s chest, head, or neck. In the case of Bone Sarcoma, the main symptom is usually pain felt in the patient’s bones, with or without a lump. It most commonly occurs in the long bones of arms or legs, or in the pelvis.

Are there different stages of Sarcoma? If so, what are they?

After being diagnosed with Sarcoma, doctors will firstly try to find out if it has spread to other parts of the patient’s body. This process is called staging. The stage of a cancer describe how much cancer there is in the body, which helps to determine the seriousness and best treatment options. The stages of Soft Tissue Sarcoma ranges from I through IV, with I meaning the cancer has spread very little to IV meaning it has spread a lot. Although each patient’s cancer experience is unique, cancers with similar stages tend to have a similar outlook and are ofteh ntreated in the same way. There is also a grading system used to predict the speed at which the cancer will grow and spread. Tumour size and the involved lymph nodes play an important role in staging Sarcoma as well.

How is Sarcoma treated?

The best treatment will vary between patient to patient as factors such as the type of Sarcoma, its location, how aggressive the cells are, and whether the cancer has spread to other parts of the patient’s body, will determine the best option.

The most common treatment for Sarcoma would be surgery, to remove all the cancer cells. In rare occasions, it may necessary to amputate the affected limb to completely remove the cancer, but surgeons will try to preserve the limb’s function when possible. In some cases, the cancer cannot be completely removed without hurting important structures, such as nerves or organs. In these situations, the surgeons work to remove as much of the Sarcoma as possible. Radiation therapy which uses high-powered energy beams, such as X-rays, can be used to kill cancer cells at the affected location.

Are there any long-term complications/effects on your overall health if you have Sarcoma?

The outlook for a person with Sarcoma will depend on factors such as the type of Sarcoma, grade and location. Doctors use statistics to work out approximately how many people with cancer will survive for 5 years or more after a diagnosis. For Soft Tissue Sarcoma, the chance of surviving at least 5 or more years after diagnosis is 81% if the Sarcoma is localized, 58% if it spread to nearby tissues (regional), 16% if it has reached other organs in the body (distant).

For Bone Sarcoma, the average 5 year survival rate is 77% for localized cancer, 65% for regional cancer, and 27% for distant cancer. However with new medical discoveries, these percentages have been increasing as more patients live longer than 5 years. There are also individual factors such as age and overall health which will impact the chance of survival.

As with other types of cancers, the outlook is better if a person is diagnosed and begin treatment early, which is why it is important to go for regular check-ups!