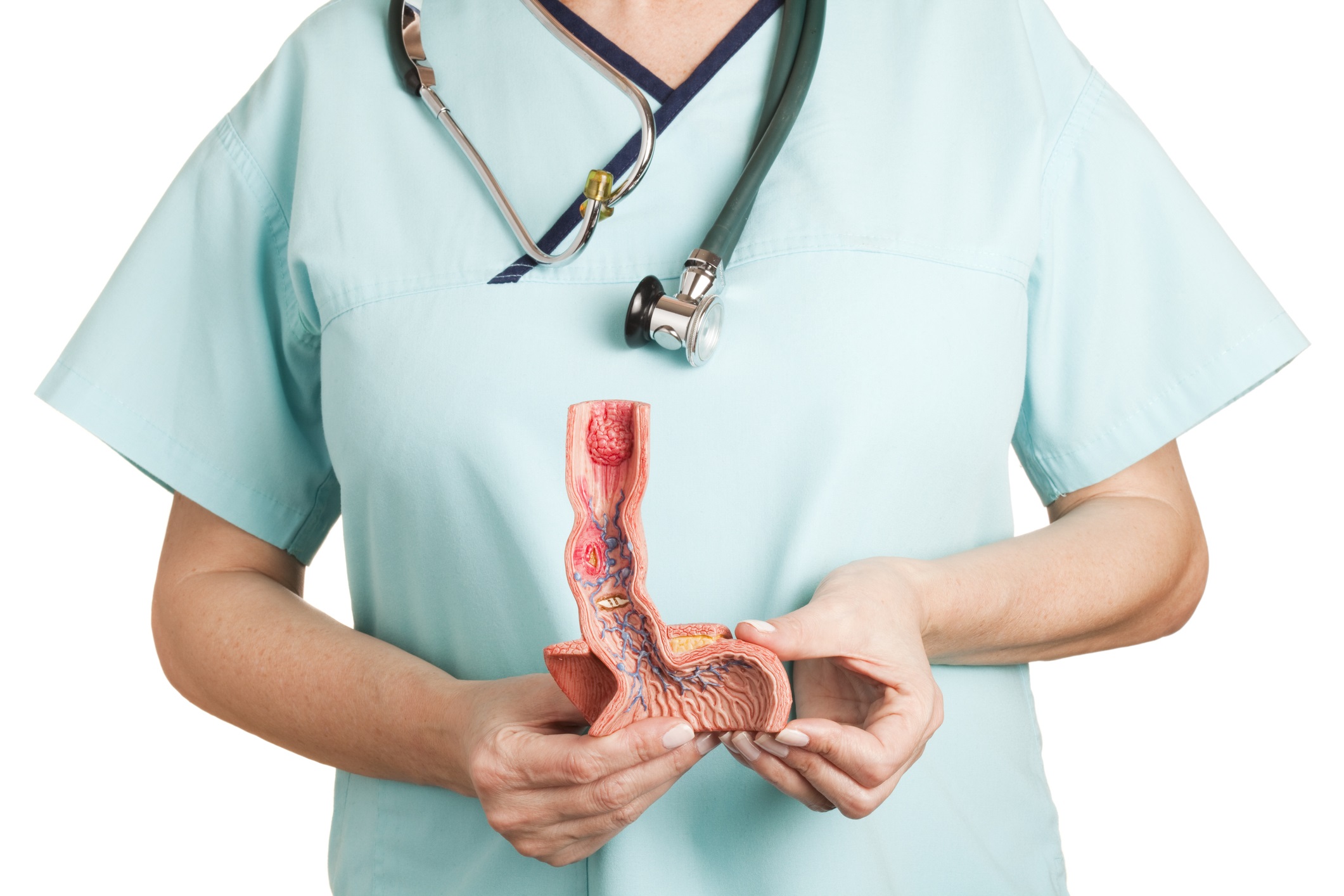 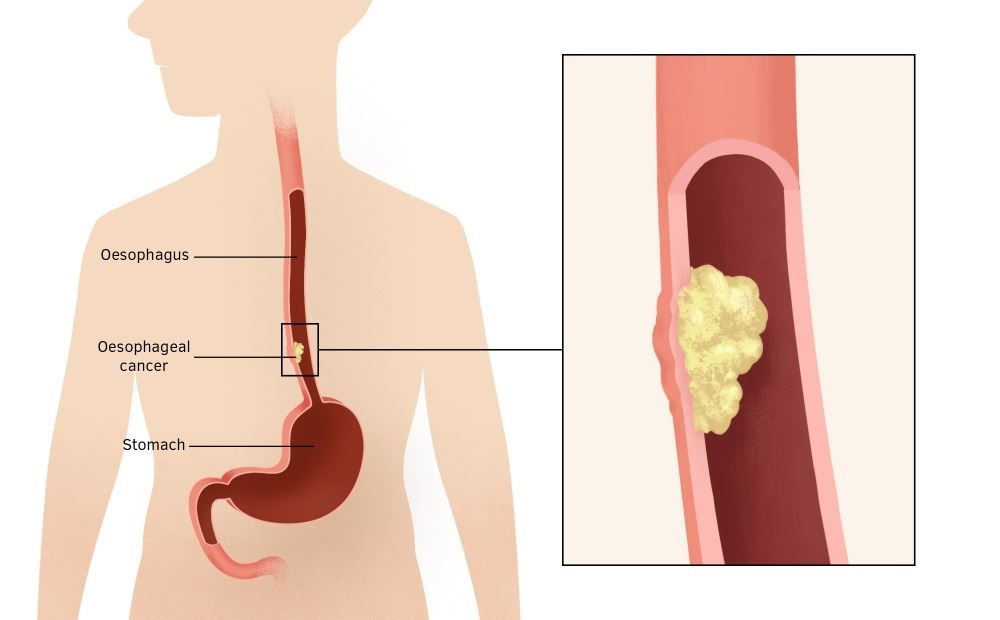 What is esophageal cancer?

This is a tumor that grows in the food pipe. There are two common types of esophageal cancer: the Squamous type and adenocarcinoma, which are two distinct types of cancer that carry different risk factors, biological behavior, genetic predisposition, treatment, and even prognosis.

In general, there are two types of esophageal cancer. The squamous cell carcinoma and the esophageal adenocarcinoma. The former comprises 80%-90% of the cases. Squamous cell cancer mainly happened in heavy smokers and alcohol users; whereas adenocarcinoma is associated with reflux disease and the precursor of cancer: Barrett’s esophagus. Other relevant risk factors for adenocarcinoma were obesity, cigarette smoking, family history, male gender, high red meat consumption, and low vegetable and fruit intake. 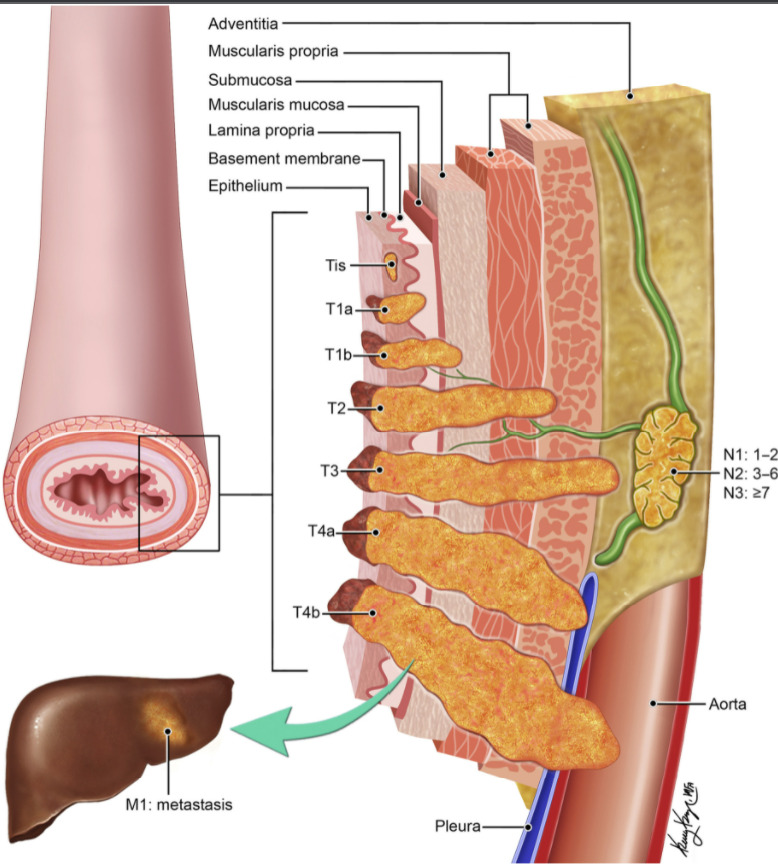 Why is esophageal cancer considered a rare cancer disease?

It is for sure uncommon cancer. It ranked 15th and 26th among cancers in males and females respectively. (Based on 2012- 2016 National cancer registry report.)

Where does esophageal cancer spread first?

It usually spreads locally which means invading deeper through the wall of the esophagus, then it spreads to the regional lymph nodes and to a distant organ.

What are the symptoms of esophageal cancer?

Difficulty in swallowing or pain during swallowing and weight loss are the commonest symptoms of esophageal cancer. In some patients, they have bleeding tumor hence leads to vomiting blood, low red cell count or passing blood through the tail end (malena).

Does the disease have a genetic link?

For squamous cell carcinoma, it is rarely linked to genetic disease. On the other hand, around 30% of the Barrett’s oesophagus and esophageal adenocarcinoma were attributable to genetic predisposition.

How is esophageal cancer diagnosed?

It is usually diagnosed by doing an upper GI endoscopy. This involves a tube that passes through the mouth, throat then the food pipe to examine it alongside with the stomach and the first segment of small bowel. With the advancement of technology, we are now able to detect early cancer of esophagus better via advanced imaging. This involves improved resolution and definition of the surface and vessels of the esophagus lining. Once the diagnosis of esophageal cancer is made, the patient will go through CT scan, PET scan and/or endoscopic ultrasound for further staging of the disease. 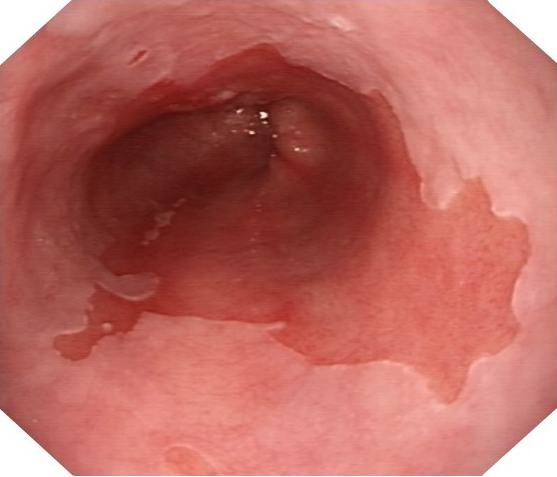 Barrett’s oesophagus is the salmon-pink mucosal changes in adaptation to acid reflux in susceptible patient. This is a precursor lesion for adenocarcinoma.

What are the treatment options for esophageal cancer?

It is important to realize that the treatment option depends on the stage and (biological) aggressiveness of cancer. For very early cancer that is only localized superficially at the lining of the esophagus, it can be curative to remove them endoscopically. This required an interventional endoscopist that able to delineate cancer and treat them endoscopically, avoiding major surgery.

Once it is beyond the early stage, the options depend on the type and stage of the disease. In general, surgery, radiotherapy, chemotherapy and a combination of either modality are feasible depending on the condition. In particular, squamous cell carcinoma shows a good response to radiotherapy.

At a very late stage when the disease is advanced, we can endoscopically deploy a stent to open up the obstructed tract so that the patient can enjoy food during the palliative care period. 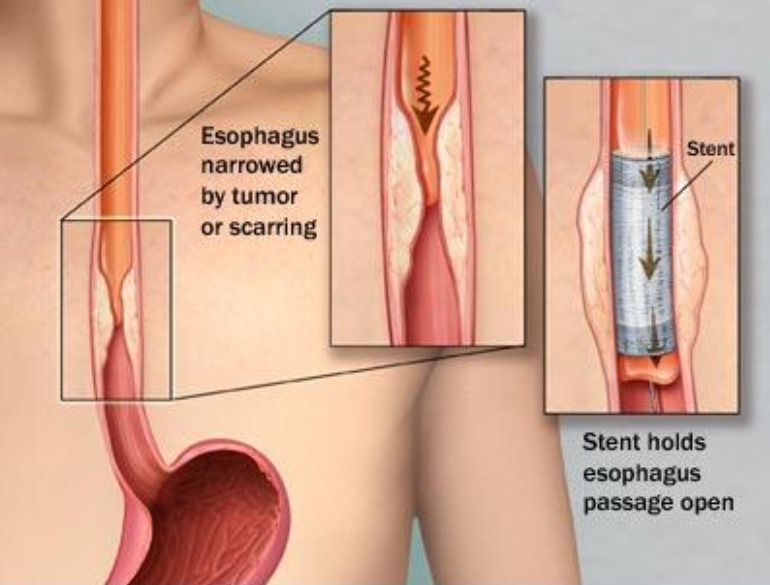 Squamous cell carcinoma is predisposed by cigarette smoking and alcohol overuse. Naturally stopping these risk factors helps in the reduction of the risk. An interesting association between frequent hot beverage drinking with this cancer was found. Hence, frequent use of regular hot drinks such as hot tea and soup is not advisable.

In contrast, adenocarcinoma type is strongly associated with reflux disease. Alongside genetic predisposition, the susceptible patient first develops some cell changes at the lower oesophagus  lining, called Barrett’s esophagus. This Barrett’s esophagus is a precursor to adenocarcinoma. Hence, if one has reflux disease, the gastroenterologist will look for additional risk factors and decides on an endoscopy assessment. The aim is to diagnose Barrett’s oesophagus and to detect early cancer that is amenable to

endoscopic treatment at an early stage, avoiding major surgery when the cancer stage is high.

We also know that obesity and smoking are modestly associated with adenocarcinoma. Again, having a healthy weight, increasing vegetable and fruit consumption, and stop cigarette usage helps to avoid the risk.

What are the survival rates, and influencing factors with esophageal cancer?

In general, the type and stage of cancer, the nutritional status, and the general health of the patient play vital roles in the prognosis of the patient. Also, the cancer response to the treatment such as surgery, chemotherapy, and radiotherapy are also important determinants of the success of treatment. For example, if the patient has early cancer or even the stage before cancer – high-grade dysplasia and had a clear margin upon endoscopic resection, they have an excellent cure and survival. On the other hand, if a patient has aggressive cancer with stage 4 disease with poor health status, then the treatment options become limited and they have a limited lifespan after diagnosis.